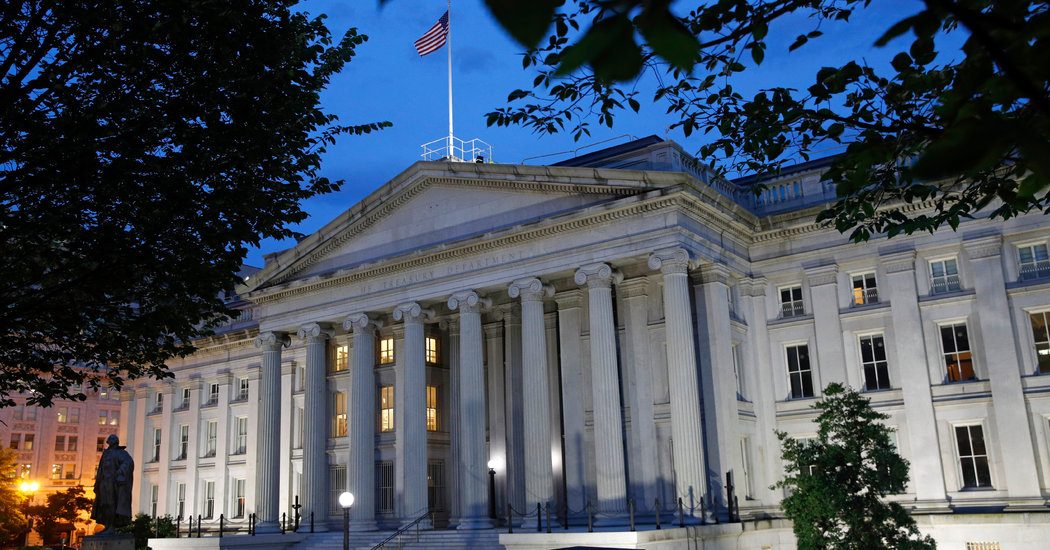 WASHINGTON — The Trump administration proposed new rules on Tuesday that would allow the United States to exert greater control over foreign investment by broadening the government’s authority to block technology and real estate transactions.The regulations, released by the Treasury Department, would add teeth to a 2018 law, the Foreign Investment Risk Review Modernization Act, that expanded the powers of a government panel to block transactions on national security grounds.The rules, which would not take effect until next year, would give the Committee on Foreign Investment in the United States, or CFIUS, greater power to stop foreign investment in areas the United States deems protected. While the rules would apply to any foreign investment, the effort is primarily aimed at preventing China from gaining access to sensitive American technology and other valuable assets.The move is the latest attempt by the administration to thwart China’s technological and economic ambitions and curb Chinese investment in the United States. The administration has moved to blacklist some Chinese firms, including the telecom giant Huawei, and is considering new controls that would restrict the kinds of technology that can be exported to China.Chinese investment in the United States has plummeted in the last two years as relations between the two countries have soured amid an escalating trade war.Concerns about China’s rise have been bipartisan, and Senator Chuck Schumer of New York, the Democratic leader, called on the Federal Communications Commission this week to consider whether two major Chinese telecommunications companies should be barred from operating in the United States.Despite the heightened scrutiny outlined in the proposal, the Trump administration insisted that the United States remained open for business.“The United States welcomes and encourages investment in our country and our work force,” Treasury Secretary Steven Mnuchin said in a statement.The rules offer new details on the red flags that CFIUS will look for when it reviews foreign deals. These include transactions involving “critical” technology and infrastructure, such as telecommunications, utilities and energy.Another category includes companies that are involved in collecting sensitive personal data, such as financial or health information, of at least a million individuals or of federal employees involved in national security matters.The regulations also shed light on how the United States would vet real estate transactions, reviewing them based on proximity to military installations, airports and shipping ports.“It is clear that this represents a fundamental rewrite of the CFIUS process aligned with the significant expansion of authority Congress provided CFIUS in August 2018,” said John P. Kabealo, a Washington lawyer who specializes in cross-border transactions.Last October, the Treasury Department rolled out a pilot program that allowed CFIUS to review a much wider array of deals, including joint ventures and smaller investments by foreigners in American businesses that make technology deemed critical for national security reasons.Mark Plotkin, a lawyer at Covington & Burling who represents clients before CFIUS, said that the proposed rules were relatively restrained and that they would be helpful for foreign investors by offering clarity about what kinds of deals are likely to be allowed.One provision likely to generate significant interest, Mr. Plotkin noted, was an exemption from some of the rules for investors from certain countries. The Treasury Department did not list which countries might be on such a list, but the possibility that investments from certain countries would get more scrutiny than others could set off complaints that the review system is biased against American adversaries.“There is a lot of diplomatic and political considerations that CFIUS will have to weigh in making that analysis,” Mr. Plotkin said.The regulations will be open for discussion during a 30-day comment period. They are due to take effect in February.

Fed Jumps Into Market to Push Down Rates, a First Since the Financial Crisis
Trump and California See Same Homeless Problem, but Not the Same Solutions
To Top
Top