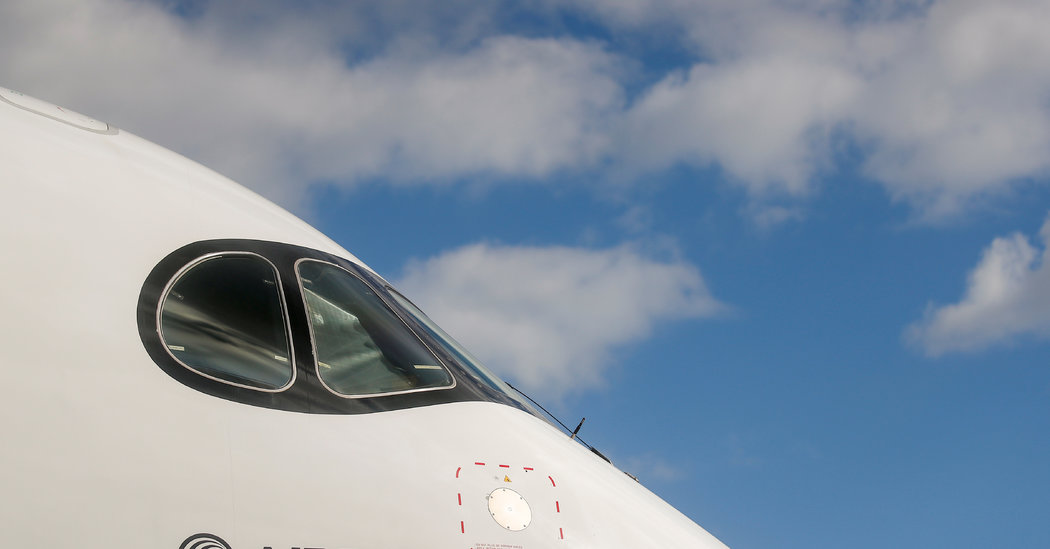 WASHINGTON — The World Trade Organization will grant the United States permission to impose tariffs on the European Union as part of a prolonged scuffle over subsidies given to European plane maker Airbus, European officials said Monday, a move that is likely to exacerbate trade tensions across the Atlantic.The ruling, to be published in the week of Sept. 30, is the global trade body’s final decision in a 15-year old dispute over the government assistance that Europe provides to its major plane manufacturer. It will clear the way for the United States to impose tariffs on European goods, worsening tensions that have become strained under President Trump’s confrontational approach.The W.T.O. still must authorize a specific dollar amount that the United States can recoup through tariffs but the United States Trade Representative has already prepared a list of up to $21 billion worth of products that it can tax, including airplanes, fish, wine, leather purses, carpets and clocks.The trade body opened the door for the Trump administration to impose billions of dollars in retaliatory sanctions last May, when it ruled that Europe had illegally subsidized Airbus to the detriment of its American competitor Boeing.The ruling could become fodder for Mr. Trump’s growing trade fight with the European Union, which he has accused of weakening its currency and criticized for exporting more goods into the United States than it buys.Mr. Trump has already rankled European leaders by imposing tariffs on steel and aluminum imports and threatening to tax European automobiles before the end of the year. His administration’s attempt to negotiate a trade deal with the bloc has also faltered as the two sides continue to disagree about which industries, like agriculture, should be included in any deal.The Airbus ruling threatens to set off a tit-for-tat tariff exchange between the two major trading partners that may further weigh on trans-Atlantic business and global economic growth.The W.T.O. is also considering a parallel case that the European Union has brought against the United States for providing subsidies to American plane maker Boeing. The E.U. claims that the United States provided $20 billion in illegal subsidies to the American plane maker, including through Washington state tax breaks. A decision in that case is expected early next year and could authorize European retaliation against the United States.The E.U. has already drawn up its own list of $20 billion of American imports it plans to tax after the Boeing ruling is announced, including aircraft, food and chemicals.Speaking in Brussels on Monday, Cecilia Malmstrom, the outgoing European commissioner for trade, said the E.U. had tried to negotiate a way out of retaliatory tariffs in response to both the Airbus and Boeing rulings, but that the United States had not responded to these requests.Ms. Malmstrom told reporters in Brussels on Monday that she had approached American officials “long before this summer” to discuss a resolution to the tariff spat.“It’s not that they said ‘no,’ it’s that they have not engaged on this, and we have provided them paper and proposals and so on,” she said. “We would propose that we both freeze or suspend our tariffs while we talk, until we come to an agreement, and that remains to be seen.”She added that both governments “need to discipline our air industries” and work to reform subsidies. “And it would be good to do that together,” she added.“It is sometimes a little bit hard to predict the next step by the U.S. administration,” Ms. Malmstrom said.The United States Trade Representative didn’t respond immediately for comment.Ms. Malstrom also said Monday that negotiations on a free-trade agreement with the United States had stalled. American officials want agricultural goods to be included in any trade discussion, saying that a deal that excludes farm goods would be unlikely to be approved by Congress. The European Union has refused to put agriculture on the table and pushed for the pact to cover industries where the two governments already agree, namely non-auto industrial goods.European officials had hoped for a fresh start with the United States earlier this month, after a positive visit by Secretary of State Mike Pompeo to Brussels on Sept. 2. Ms. Malmstrom said Monday that Gordon Sondland, the American ambassador to the European Union, had told her that the United States wanted to “restart” their relationship with the European Union.But imposing tariffs on aircraft could make any resolution more difficult.The Trump administration has already levied a 10 percent tariff on aluminum and 25 percent tariff on steel from the European Union, and it is scheduled to make another decision about whether to impose tariffs on cars imported from Europe and elsewhere in November, taxes that could be devastating to major auto exporters like Germany. Mr. Trump decided in May to postpone those levies for six months, arguing that his administration wanted to see how trade talks with Europe progressed.The administration has cited national security as justification for the metal and auto tariffs, saying that imports have degraded the American industrial base, putting the country’s ability to supply critical goods and technology to the military at risk. That rationale has been controversial, and many critics argue that the tariffs violate the W.T.O.’s international trade rules.New tariffs as a result of the Airbus case would be different, in that they will be undertaken with the World Trade Organization’s permission. The organization allows its members to levy tariffs on each other to recoup trade losses when it finds a country has broken its trade rules.Chad Bown, a senior fellow at the Peterson Institute, said that tariffs on European exports in response to the Airbus decision would be very different legally from the tariffs on European steel and aluminum, though “neither is a good economic idea,” he said.“In the Airbus case, the U.S. is imposing tariffs only after it went through all of the W.T.O.’s legal steps — proving its case and getting an official ruling — and only after Europe was asked and refused to comply,” he said.