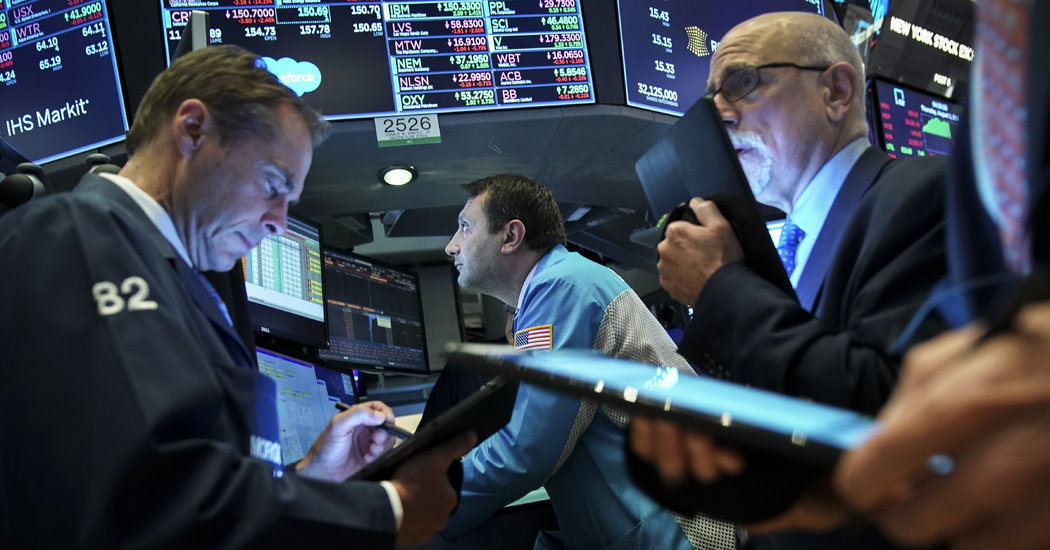 With the specter of the China conflict as a backdrop, Mr. Trump on Friday promoted his trade record in an event in the White House’s Roosevelt Room, where he announced that his administration had secured new access for American cattle ranchers to the European market. The agreement could triple the amount of beef that the United States can export duty-free to the European Union over the next seven years, to a value of $420 million, the United States trade representative said in a statement.

During the event, Mr. Trump paused to compliment the hats of the assembled cattle ranchers before lauding the new agreement as a “tremendous victory” for American farmers and European consumers.

“My administration is standing up for our farmers and ranchers like never before,” the president said. “We’re protecting our farmers. We’re doing it in many ways, including with China. You may have read a little bit about China lately.”

The announcement is welcome news for American beef producers who have found themselves pushed out of markets as Japan, Australia, Canada, the European Union and other countries have written new trade deals among themselves in recent years. But the limited agreement is unlikely to do much to distract from the uncertainty and volatility that Mr. Trump has stoked by pushing American trading relationships to their limits.

Mr. Trump suggested Friday that he would continue to pursue the type of trade policy that resulted in the agreement with the E.U. — one, he argued, that came about because of his tough trade posture, not in spite of it.

“Look, the E.U. has tremendous barriers to us, but we just broke the first barrier,” Mr. Trump said. “And maybe we broke it because of the fact that if I don’t get what we want, I’ll put auto tariffs. Because it’s all about the automobile, and it’s all about the tariffs.”

“If I don’t get what I want, I’ll have no choice but maybe to do that,” he added.

How Democrats Will Attack Trump on the Economy
Russians Pulling Out Credit Cards, and Consumer Debt Spirals
To Top
Top