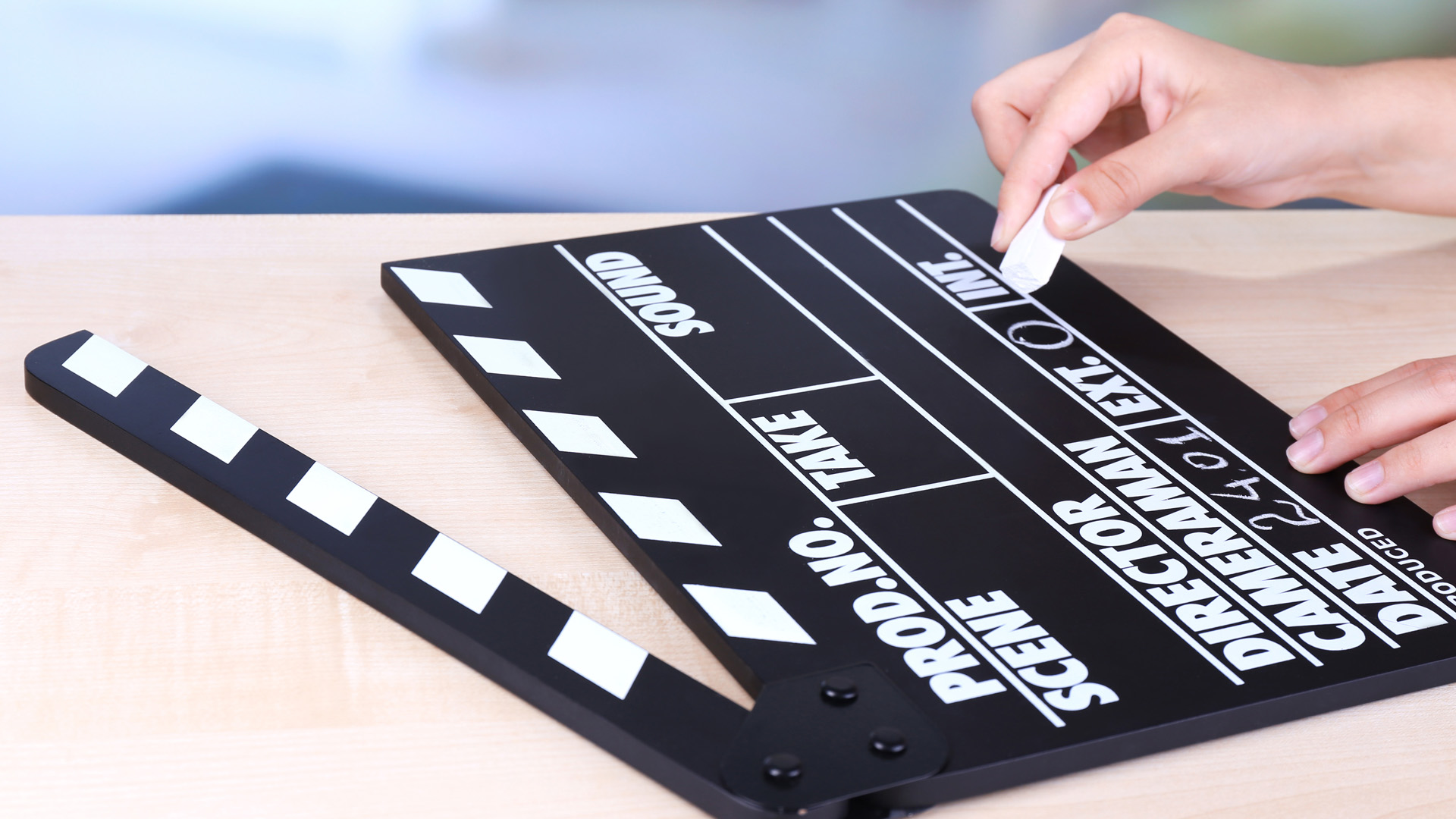 This collection of social media marketing and new hire announcements is a compilation of the past week’s briefs from our daily Marketing Land newsletter. Click here to subscribe and get more news like this delivered to your inbox every morning.

Pinterest pushes auto sales. According to new data from Oracle Data Cloud, Pinterest users tend to be early adopters of new car models.
Oracle’s report revealed that people on Pinterest are 28% more likely
to buy a new vehicle than people who don’t use Pinterest, and 31% are
more likely to buy a new SUV model. Pinterest also says it now reaches
one in two adults who plan to buy a car in the next six months, based on
a March ComScore Plan Metrix Audience Profile report. “People are
actively using Pinterest to learn more about their car shopping
options,” writes Pinterest on the company’s blog, “Over seven million
people on Pinterest engage with car-related content.”

Reddit comes to the Midwest. As part of its continued effort to bring more brands to the platform, Reddit is opening an office in Chicago’s historic Merchandise Mart location. “In addition to key Chicago and Midwest-based brands,
Reddit’s Chicago team has built strong relationships with the region’s
leading agencies and media companies, including Starcom, Publicis, OMG,
and GroupM,” writes Reddit on its Upvoted Blog. Reddit began its dive
into the Chicago market in April of 2018, working with Midwest-based
brands like McDonald’s, Target and KFC. The Merchandise Mart office is
Reddit’s first office in Chicago.

Instagram Story views are, literally, unreal. Instagram confirmed to TechCrunch that it is aware of an issue with Stories getting a high volume of
views by Russian accounts — and is working to fix it. “It [Instagram]
also said this inauthentic activity is not related to misinformation
campaigns but is rather a new growth hacking tactic,” reports
TechCrunch. The bad actors involve third parties that are paid to boost
account profiles by generating inauthentic activity like watching
Instagram Stories — an effort aimed at winning the account more
followers. Hydrogen,
a UK social media agency, called mass viewing of Instagram Stories “the
new buying followers of 2019” when it noticed the trend in June.

What time is the show? Facebook has rolled out two new ad units for movie studios:
movie reminder ads and showtime ads. The movie reminder ads allow
moviegoers to click an “Interested” button on a film advertisement in
their News Feed for a film that hasn’t come out yet. When the movie hits
theaters, users will get a notification that it is now playing, with
details on showtimes and tickets.

For
films already released, the showtime movie ads include a “Get
Showtimes” button within the ad that links to the Facebook Page listing
where and when the movie can be seen. Available for advertisers in the
U.S. and the UK, Facebook’s new ads for movie studios were beta tested
by Universal Pictures, which reported a significant increase in showtime
look-ups and ticket purchases after using the ads.

Changes to Facebook Group settings. Facebook has revised its Group options to include only two settings: public and private. Previously, Group
admins had access to three settings: public, closed and secret. The
revised options are designed to offer more clarity around a Group’s
setting and simplify the privacy model for Facebook Groups.

“Having
two privacy settings — public and private — will help make it clearer
about who can find the group and see the members and posts that are part
of it,” writes Facebook Product Manager Jordan Davis on the Facebook
Newsroom blog. Groups that were formerly set to “secret” will now be
switched to “private” and “hidden,” while Groups that were formerly set
to “closed” will now be “private” but “visible.” Public Groups will
remain “public” and “visible.”

Group admins will also be able to choose whether or not a Group can be found in Search or other places on the platform.

Quora integrates LiveRamp IdentityLink. Advertisers on Quora will now be able to add audience lists to Quora’s Ads Manager via LiveRamp IdentityLink,
the same platform used to add customer audiences to the Microsoft
Advertising platform. “Now, marketers can use segments from their
offline records in order to activate and run ad campaigns on Quora, all
in a privacy-conscious way. This should also increase match rates for
targeting, exclusion, or lookalike modeling,” writes Quora Software
Engineer Ryan Oshima on the Quora for Business Blog. LiveRamp is an
identity resolution platform that helps brands and agencies implement
people-based targeting campaigns.

Spectacles 3: The latest version of Snap’s sunglass cameras. Snap is rolling out the latest version of its Spectacles sunglasses,
wearable cameras that let you capture images and upload to Snapchat.
This marks the third generation of the devices, which will begin
shipping in the fall and costs $380 — up from the $200 price tag on the
last version. Spectacles 3 include new 3D effects, 3D filters and 3D
lenses. “It will have dual cameras to add depth and dimension to photos
and videos. After uploading the content to the messaging app Snapchat,
users can add new lighting, landscapes and three-dimensional effects to
the images,” reports Reuters.

Spark AR on Instagram now available to all developers. Facebook has moved Spark AR on Instagram out of closed beta, making the AR development platform available to all
developers. Along with the AR platform, Facebook is launching an
Effects Gallery where developers can search for new filters. “To find
it, users will have to reach the end of the effects tray in the
Instagram camera and click on it there. Users will also be able to see
the effect being used in Instagram Stories,” writes TechCrunch reporter
Lucas Matney.

YouTube testing new appeal process. YouTube confirmed to The Verge that it is testing a new appeal process for creators who have lost
monetization privileges. The pilot program will allow creators to submit
a video appealing the decision in real-time, versus the current policy
that enforces creators to wait 30 days before making an appeal. The
videos are reviewed by YouTube team members who then, within a seven-day
time period, decide whether or not monetization for the channel can be
reinstated.

Facebook reportedly offering million-dollar licensing deals to news publishers. Multiple “big-name” news publishers have been approached by Facebook to sign content licensing deals, according to the Wall Street Journal. Per the report, Facebook is offering as much as $3 million a year to republish stories from the likes of ABC News, Bloomberg, Dow Jones and The Washington Post.

In response to the Wall Street Journal report, a Facebook spokesperson confirmed to CNBC the company does have plans to launch a dedicated news section later
this year, but would not comment on the licensing deals: “No details to
share on the WSJ report, but I can confirm we’re working on a news tab
to launch this fall.”

Reports claim Facebook’s licensing deals with publishers could last as long as three years. As part of the deal, news outlets would have control over how their stories appear on Facebook, and whether or not readers get full access to the content or only a headline with a snippet from the article.

Karuna Rawal has been appointed CMO for the biotech startup Sustainable Bioproducts. She will serve as the
company’s first CMO, reporting to CEO Thomas Jonas. In her new role,
Rawal will be charged with strategic marketing and innovation
initiatives that support the company’s mission to launch new alternative
protein product lines. “Karuna’s acumen as a storyteller and innovator
along with her deep experience in building iconic brands that connect
with consumers at an emotional and purposeful level is exactly what we
need for the next stages of our company’s growth,” said Jonas. Prior to
joining Sustainable Bioproducts, Rawal spent time at the Publicis
Groupe, leading its Arc Worldwide shopper and commerce agency, and was
the chief strategy officer for Leo Burnett’s Farmhouse, the agency’s new
venture and innovation group.

The cloud data integration platform Talend named Lauren Vaccarello as its new CMO.
She will lead the company’s marketing organization and oversee its
branding efforts. “Lauren is a dynamic leader with a deep understanding
of the software industry and proven skills at helping SaaS organizations
increase revenue and retain and grow their customer base through
cutting-edge marketing techniques,” said Talend CEO Mike Tuchen. Before
joining Talend, Vaccarello was the vice president of marketing at Box,
and has held marketing roles at AdRoll and Salesforce. In addition to
her marketing leadership experience, Vaccarello has published two books
focused on the marketing industry: “Complete B2B Online Marketing” and
“The Retargeting Playbook.”

GroupM, WPP’s media investment group, has named Christian Juhl as its next global CEO.
Juhl will take over the role on October 1, 2019. “Christian has the
right combination of leadership, people and technology skills to build
the modern media company, something he has demonstrated extraordinarily
well at Essence,” said CEO of WPP Mark Read. Currently, Juhl serves as
CEO for Essence, the digital ad agency that was acquired by WPP in 2015.
Juhl will succeed Kelly Clark who currently serves as GroupM’s CEO.
Clark will continue to serve as a senior advisor to WPP and GroupM
following his departure as CEO.

Google integrates IAB Tech Lab’s Open Measurement standard for third-party viewability measurement
Does Facebook have a problem with HTTPS URLs in posts with images?
To Top
error: Content is protected !!