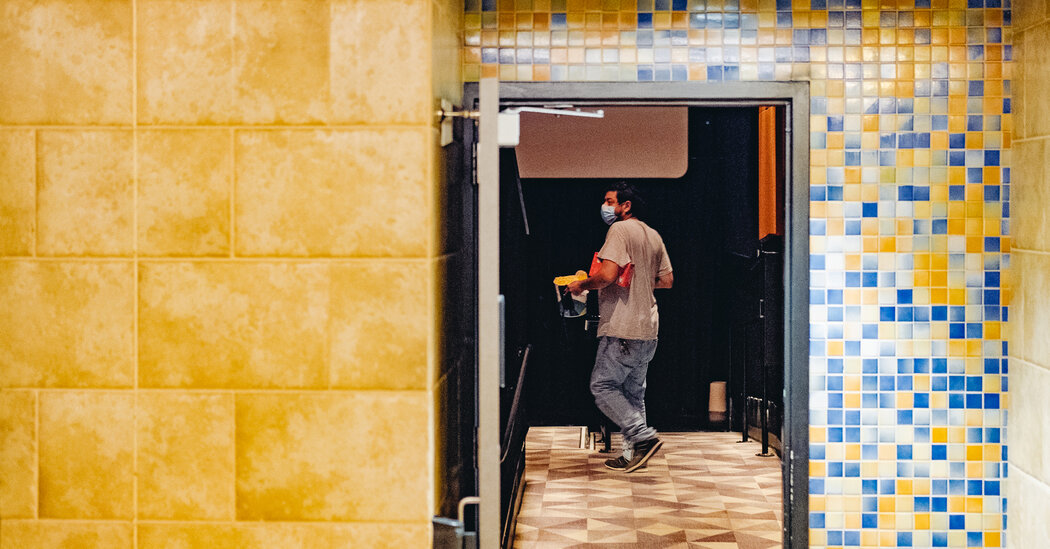 Partisanship is the starkest divide, but not the only one. Women are generally more concerned about the virus than men, and Black, Hispanic and Asian survey respondents are substantially more worried than whites — not surprising, given that those groups have also been hit harder by the pandemic. Perhaps more unexpectedly, older Americans don’t report being significantly more concerned about the virus, despite being at substantially higher risk of death or severe illness.There is a split in actions, not just words.Given high levels of partisanship in American society, researchers sometimes worry that surveys won’t capture whether people’s actions conform to their stated views. For example, a staunch Republican, in order to signal support for President Trump, might report feeling comfortable going to an indoor restaurant while staying away in practice.But partisan differences show up in real-world data, not just in surveys. Cellphone mobility data analyzed by the Federal Reserve Bank of Dallas shows that people in Republican-dominated parts of the country are leaving home more often and traveling around more than those in predominantly Democratic areas.The partisan pattern holds up even controlling for the fact that Covid-19 cases were initially more prevalent in Democratic strongholds like New York and Seattle. The mobility data shows that people are being more cautious in areas that were harder hit by the virus or that have had recent flare-ups. But even in such cases, Republican-leaning areas show more activity, on average, than Democratic-leaning ones.The divide is just as wide on the economy.Confidence in the economy has dropped sharply among all groups during the pandemic, but the partisan gap is as wide as ever. In the latest survey, 60 percent of Republicans said they expected “continuous good times economically” over the next five years. That wasn’t just far higher than the 15 percent of Democrats who said the same in July; it was also twice as high as the 31 percent of Democrats who gave that answer in February, before the coronavirus began to inflict significant damage on the American economy.In other words, Republicans are more optimistic about the economy now than Democrats were before the pandemic began.“It just seems like there are two separate economies or two separate pandemics,” Ms. Wronski said. “There’s no way to reconcile these different experiences when you think about how there’s record unemployment or you hear about businesses that are closing.”

A Hedge Fund Bailout Highlights How Regulators Ignored Big Risks
Once a Source of U.S.-China Tension, Trade Emerges as an Area of Calm
To Top
Top