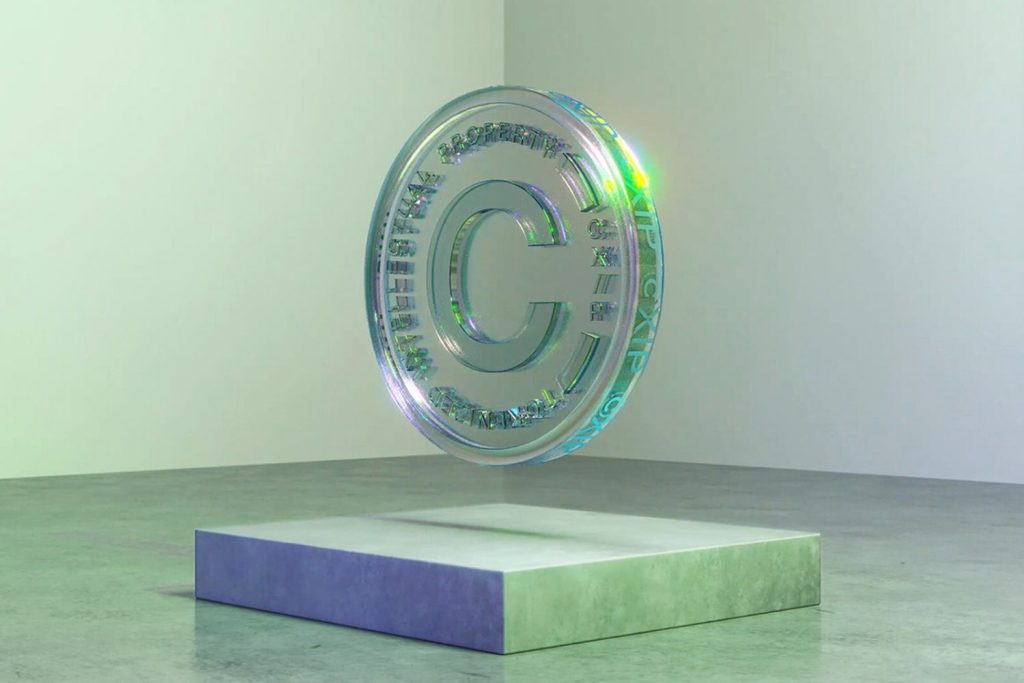 As the NFT hype begins to wane, professionals in the tech, art, and legal fields are attempting to create some long-term stability by addressing the many issues that plague the medium. CXIP Labs, a new start-up that aspires to create a verification process for NFTs, aims to reduce art theft by providing a minting service that works across marketplaces.
Jeff Gluck, the program’s founder, is an intellectual property lawyer focused on artists’ rights. He recently worked with street artist Smash 137, who sued General Motors after the company used the artist’s work for its advertisements. Smash 137 alleged that the car company did so without their consent.

In an interview, Gluck said the new platform is the first of its kind. CXIP will essentially provide the means for verifying NFTs, offering greater security for buyers and artists alike. The platform could be “integrated into any NFT marketplace, auction house, and so forth,” Gluck told ARTnews. “The idea is for all market participants to adopt this better, standardized minting solution, creating consistency and compatibility through the industry.”
Already, CXIP Labs is working with a variety of creators who are hoping to protect their digital assets, including artists Lucien Smith and Jen Stark, streetwear designer Darren Romanelli, and the musician Arca. With the recent appointment of artist Daniel Arsham as chief brand officer, CXIP is slated to officially launch in July.
Much like street artists, digital artists often face the possibility that their work will be stolen or copied by others. Gluck’s new initiative could potentially remedy this problem. The inspiration for CXIP Labs was a result of the 2019 Supreme Court ruling Fourth Estate Pub. Benefit Corp. v. Wall-Street.com, which requires artworks to be copyrighted in order from them to be legally protected.
Finding the traditional copyright system antiquated and difficult to use, Gluck began putting together a simplified online portal for artists to easily copyright their work. He quickly realized that this could be used as a verification service for NFTs and used it as the basis for starting CXIP Labs.
CXIP’s authenticated NFTs would appear with a verified symbol, similar to Twitter’s blue check mark, that signals to buyers that the works are coming directly from artists, no matter where the pieces appear. Minting processes, wherein a digital asset is recorded on the blockchain, thereby creating a smart contract. These kinds of contracts are currently offered by different platforms, but they can vary wildly, leaving open opportunities for counterfeiters.

Factors such as the quality of how the work is accessed, royalty agreements, ownership, and more change depending on what platform was used to mint the NFT. The resulting contracts are often incompatible with other marketplaces, making it difficult to trade artworks across platforms. CXIP, by contrast, will allow for cross-platform trading, and its system can be used to reduce scams and voided contracts, ensuring that artists continue to receive royalties as their NFTs are copied and circulated online.
Verifying an NFT through CXIP could legally empower artists. “If you don’t register your work, you have no opportunity to legally enforce your rights against someone who is using your work without permission,” Gluck said. But that doesn’t mean it will fully provide protection in court. “You can’t walk into a courtroom and say, ‘I put this on the blockchain, I can enforce my rights, because it’s not recognized [as proof of ownership].’”
Other startups are also attempting to create authentication processes, but Gluck claims they fall short: “Even if you tied a separate token of authenticity to an NFT that was minted in a flawed way, those flaws are still there, and the NFT is still vulnerable.”

Nonmembers Can Still Get Great Amazon Prime Day Deals on Art Supplies – ARTnews.com
Who Was Mildred Thompson, and Why Was She Important? – ARTnews.com
To Top
Top