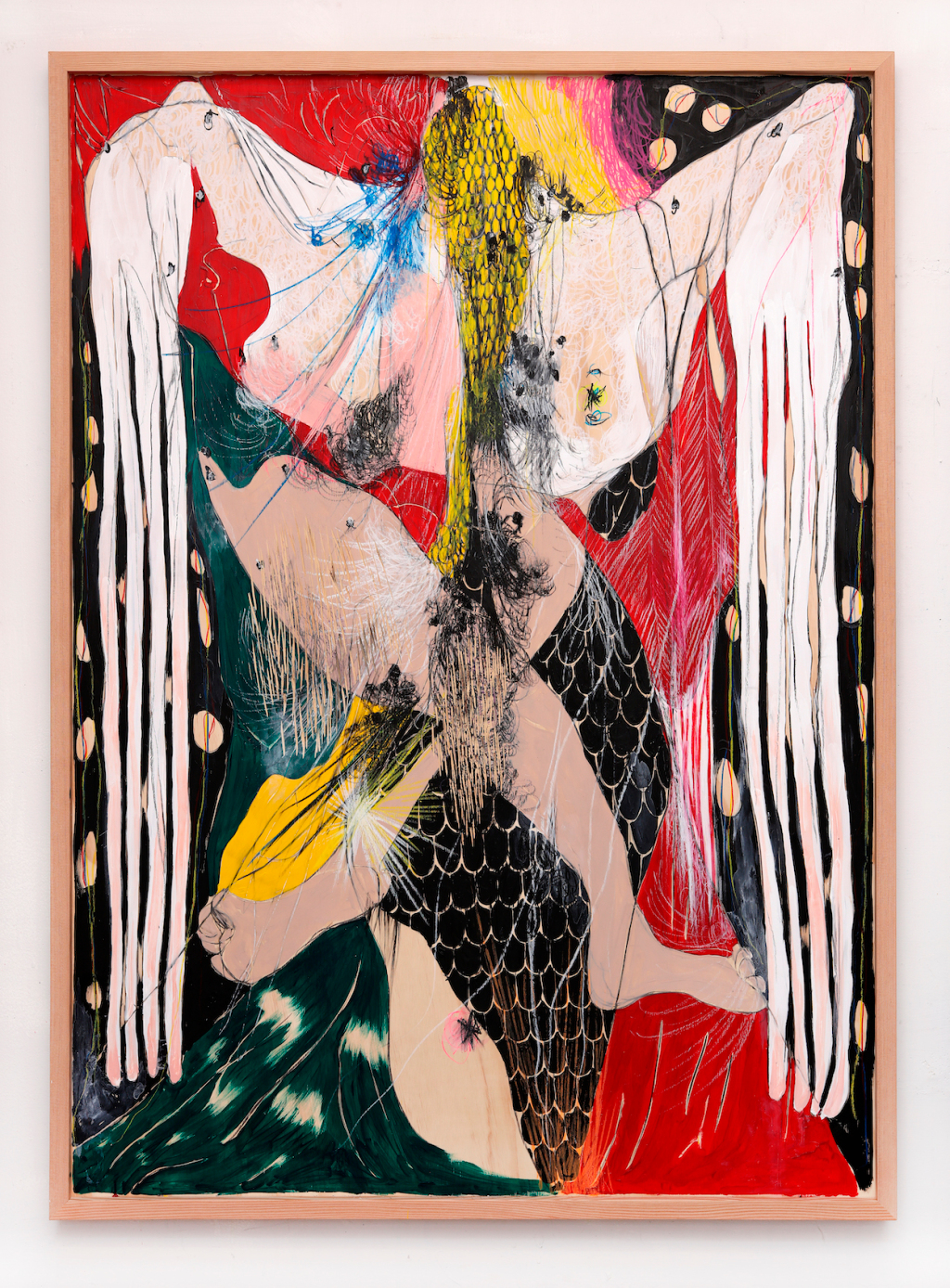 An abstract demon dominates the imagery of Untitled (At Dawn), 2021, an acrylic painting with mixed media on panel. Its grossly elongated white phalanges seem either to melt or outstretch like wings along both edges of the tightly framed composition. Beneath the demon is a central X of deformed, leg-like appendages (the artist’s?) that reads as a crossed-sword saltire, as on a coat of arms. These formal relations bring to mind another powerful painting of torment, Francis Bacon’s Figure With Meat (1954), in which the ribs of two sides of beef flank the seated Pope; they also recall the vertical lapels of a samurai’s jinbaori, a surcoat worn over armor. Scratches incised directly into the wood heighten the intensity of these visual conflicts.

The demon was presumably exorcised from Naotaka Hiro’s subconscious. The Osaka-born, Los Angeles–based artist has previously employed drawing and painting to investigate aspects of his body that he can’t see—internal organs, mental processes—but his work acquired a darker psychological resonance after he contracted Covid-19 last year. Hiro was distressed not only by his illness, but also by the increasing violence against Asians and the election-related unrest and insurrection. The title of his current show at The Box in Los Angeles, “Armor,” encapsulates his desire to combat that disquietude via artistic self-reflection.
Hiro began Untitled (At Dawn) by drawing with the surface suspended horizontally about two feet above him. Lying just under the panel with his sight and motion restricted, he adopted a process akin to Surrealist automatism, creating intuitive gestural drawings. He later refined the image from above, adding painted details such as metal scales to sharpen its thematic and optical impact.
As Sun Tzu stated in The Art of War, “If you know the enemy and know yourself, you need not fear the result of a hundred battles.” The forces Hiro is grappling with are formidable, requiring a larger societal reckoning; in the meantime, the artist’s emblems of private anguish suggest that introspection can offer a stronghold.