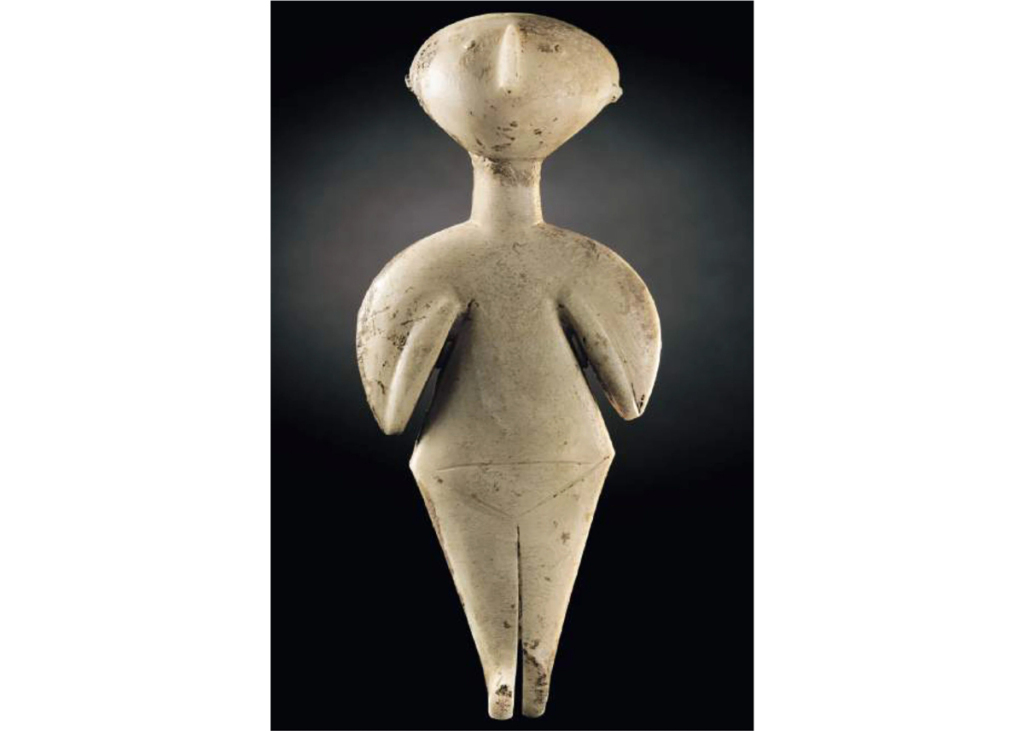 When the auction house brought a 6,000-year-old, nine-inch marble sculpture of a female figure to sale in 2017, Christie’s had touted it in a promotional video as a “strong art historical statement and truly the definition of a masterpiece.” The object ended up selling for $14.4 million at auction to one of the world’s top collectors, despite the Turkish government trying to halt the sale claiming ownership.
Now, the marble figurine, known as the “Guennol Stargazer,” is the subject of a bench trial in Federal District Court in Manhattan to determine ownership. In the meantime, the buyer who was to pay the $14.4 million has backed away from the sale, and the sculpture is being held in the vault at Christie’s Rockefeller Plaza salesroom, according to a report in the New York Times.

As part of its lawsuit, attorneys for Turkish government are asking the court to rule in their favor, citing a 1906 Ottoman Decree, which subjects all antiquities found within its Turkey’s borders to state ownership claims. The country’s government said that it would provide evidence that the stargazer was not only found in Turkey but that it was excavated and exported while the 1906 decree was in effect.
Attorneys for the two plaintiffs, Christie’s and collector Michael Steinhardt countered that the Turkish government has “no direct evidence of where or when the Stargazer Idol was found, excavated or exported: it has no witnesses to the excavation or export and no photographs,” according to the Times report.
The Guennol Stargazer was previously owned by Alastair Bradley Martin, an art collector and amateur tennis star, who had acquired it sometime in the 1960s. Martin had loaned the object to the Metropolitan Museum of Art for various periods between 1966 and 2007. Additionally, the plaintiff’s attorneys added that J. J. Klejman sold the stargazer to Martin; Klejman had sold works to the Met that were part of Lydian Hoard, which the museum returned to Turkey in 1993.
The seller in the 2017 auction had acquired it in 1993 from New York–based Merrin Gallery, according to Christie’s provenance records. It is unclear if Steinhardt was the seller, though Christie’s listed the lot as coming from a “New York private collector.”
The defense lawyers in the ongoing suit claim that the Turkish government had known about the idol’s presence in New York as early as 1992 but did not act on it until 2017, just before the object was to be sold at Christie’s. They added that the Turkish government’s 25-year wait to make an ownership claim “baited the trap for dealers, collectors, and auction houses,” adding that it “set them up for huge losses.”