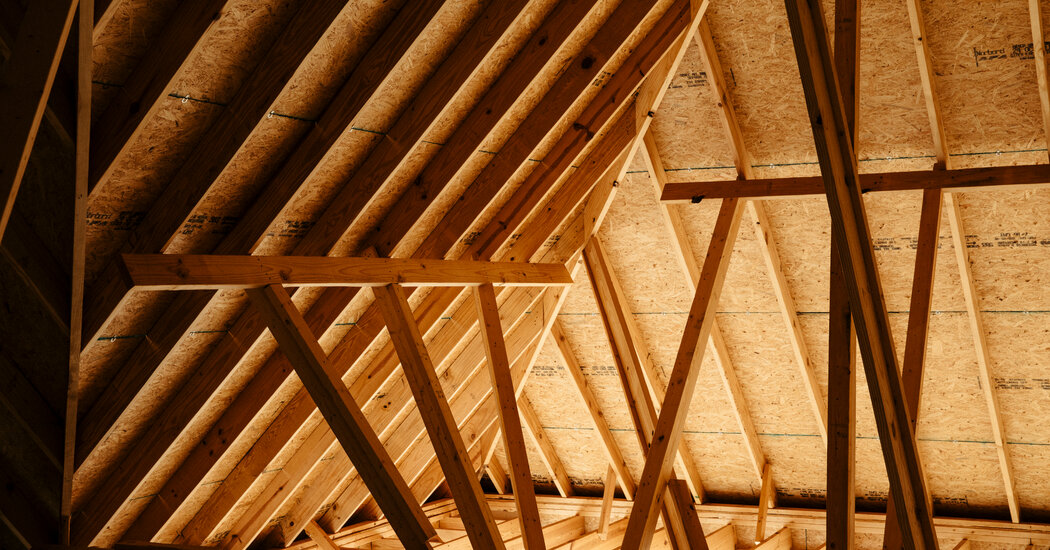 In 2016, toward the end of the Obama administration, the American lumber industry petitioned the government to impose duties on Canadian softwood lumber imports in response to what it contended were unfair trade practices. The proceedings continued under the Trump administration, which in 2017 imposed duties of 20.2 percent for most Canadian producers. The rate was lowered to 9 percent last year.The status of the long-running dispute took on a new urgency as the price of lumber soared over the past year. The National Association of Home Builders estimated in April that higher lumber costs had added nearly $36,000 to the price of an average newly constructed single-family home. A benchmark for the price of framing lumber set a record high of $1,515 per thousand board feet in May, four times the price at the beginning of 2020, before beginning to plummet. Last week, the price stood at $930, still more than double its level at the start of 2020, according to Fastmarkets Random Lengths, the trade publication that publishes the benchmark.“As an economist, it is very hard to understand why we’re taxing something we don’t produce enough of,” said Robert Dietz, the chief economist for the National Association of Home Builders.On the other side of the issue are U.S. lumber producers. The U.S. Lumber Coalition, an industry group, has argued that strong demand, not duties, is driving lumber prices and that the duties make up only a small portion of the total cost of lumber for new homes.The coalition credits the duties with strengthening the U.S. lumber industry, saying in a statement that American sawmills had expanded capacity in recent years, producing an additional 11 billion board feet of lumber since 2016. “More lumber being manufactured in America to meet domestic demand is a direct result of the trade enforcement, and the U.S. industry strongly urges the administration to continue this enforcement,” the coalition said.Dustin Jalbert, a senior economist at Fastmarkets, a price reporting firm, attributed the chaotic lumber market and high prices in large part to effects from the pandemic. At the start of the pandemic, he said, sawmills “assumed the worst” and curbed production, only for the housing market to rebound and for demand to soar.Mr. Jalbert said the duties stemming from the U.S.-Canada dispute were not a major reason for the high prices. “In terms of the short-term pricing situation, it’s lower down the list in terms of the factors that are driving the record prices that we’ve seen in the market,” he said.