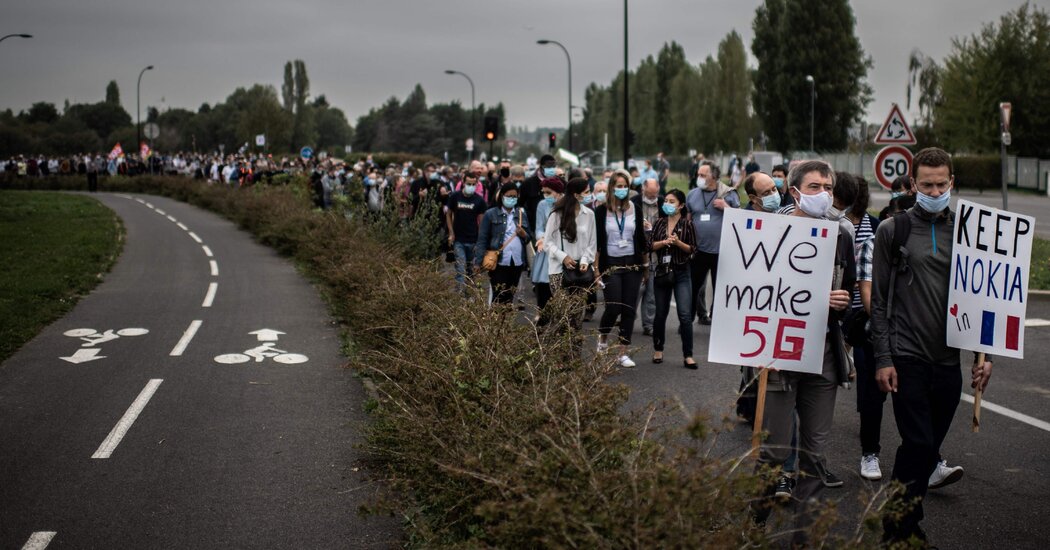 France regularly appears at the top of worker productivity comparisons with other European economies. Yet companies with far-flung operations say that output can lag behind lower cost, more productive manufacturing sites, creating another incentive to shift production.Bridgestone is shuttering its 863-employee factory in Béthune, an industrial town in northern France, after warning for several years that its productivity trailed its other sites in Europe. Union representatives have accused the company of not investing enough to make the plant, which produces tires for small cars, more efficient.Last year, Bridgestone proposed maintaining jobs at the highly unionized factory if employees agreed to increase their working shifts to 34.7 hours a week from 32 for an additional hour of pay. Unions responded angrily, and over 60 percent of employees rejected it.This summer, Bridgestone said it would close the plant, citing overcapacity in the European market for small tires. Mr. Macron’s government scrambled to negotiate with the tire maker to keep a portion of production and jobs. But this month, Bridgestone said it could not afford to continue operating the factory at any cost, and would relocate production to Poland, Hungary and other lower-cost sites.“It’s a question of performance,” a Bridgestone spokesman said of the decision. “The cost of producing tires in Bethune is the highest compared to our other European sites, and the working time per person is weaker,” the spokesman said.While less than 5 percent of jobs losses in France in recent years have been because of offshoring, Mr. Mouhoud said, such layoffs are easy fodder for populist ire and leave a lasting shock to communities.In Béthune, one of many cities in northern France that has faced industrial decline, government officials warned of a “brutal” economic and social shock to families, as well as local suppliers and businesses that profited from the factory.