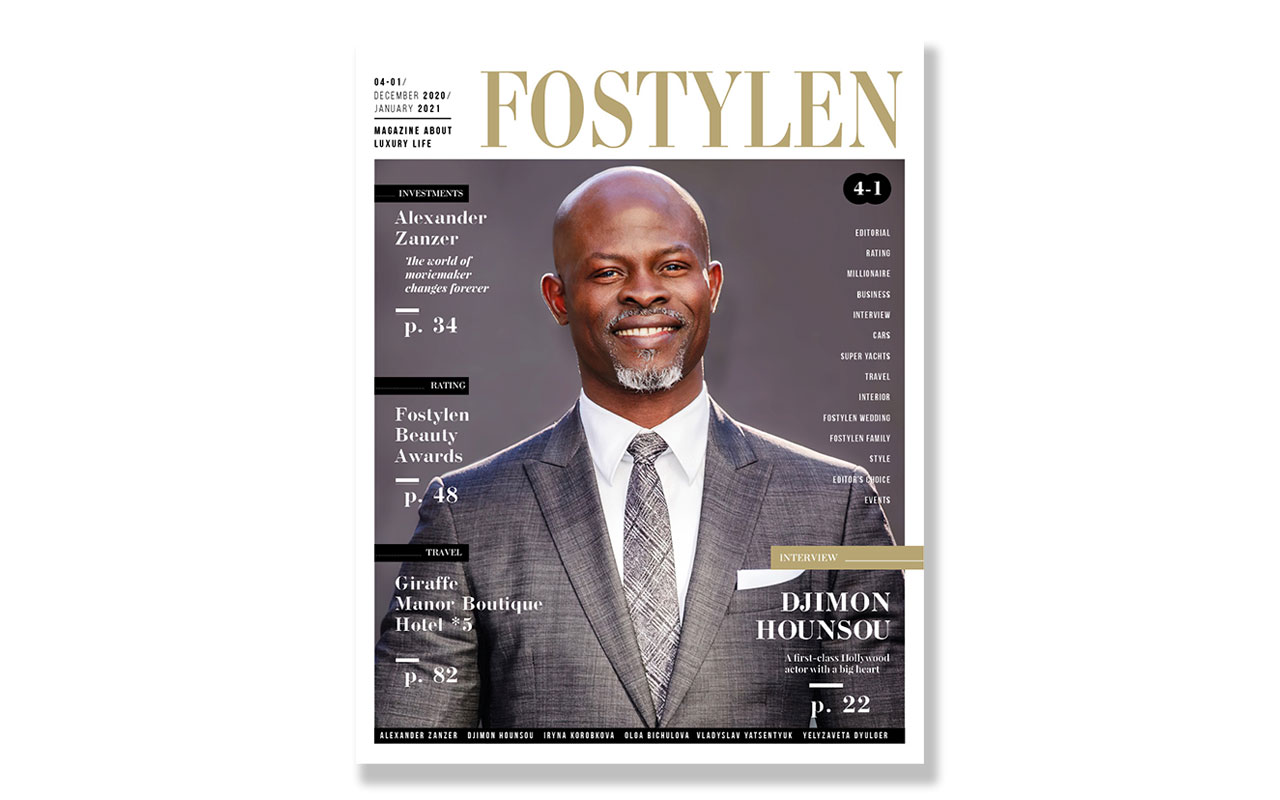 Princes and princesses, famous politicians, businessmen, cultural and public figures – all these influential figures appeared on Fostylen covers (former Financoff) throughout the magazine’s existence. Fostylen chief editor, co-owner of the Amillidius international AC Elvira Gavrilova brought the publication to the international level. Throughout the whole previous month, business lady’s followers on social networks had been arguing about who would adorn the holiday cover of the luxury gloss. After several weeks of waiting and guessing, the secret was revealed – the Hollywood actor Djimon Hounsou, two-time “Oscar” nominee, an active philanthropist, public figure, and benefactor would be on the cover.

Elvira Gavrilova interviewed Djimon Hounsou for the New Year Fostylen issue. The announcement of the new issue, which everyone had been waiting for, was a splash among the followers. With the COVID-19 pandemic still raging in Europe and the United States, the cover hero had to be interviewed via conference call. After learning that the Fostylen cover face will be the owner of two “Oscar” nominations, Hollywood actor Djimon Hounsou, many media contacted Elvira to find out the secrets of the main topic.

First of all, everyone was interested in the main question: “Why did Djimon Hounsou become the face of the international gloss about luxury life?” To which, Elvira replied that Djimon was her favorite actor and that communication with him gave her a lot of positive emotions. Besides, Elvira Gavrilova announced the very topic of the issue. In the interview with Djimon Hounsou, which will soon be available in print and on the Fostylen website, we will talk about his favorite roles, career, as well as his active social position, and new projects.

Fostylen cover has never been Hollywood. That is why we are all looking forward to the new issue and announcements for February.