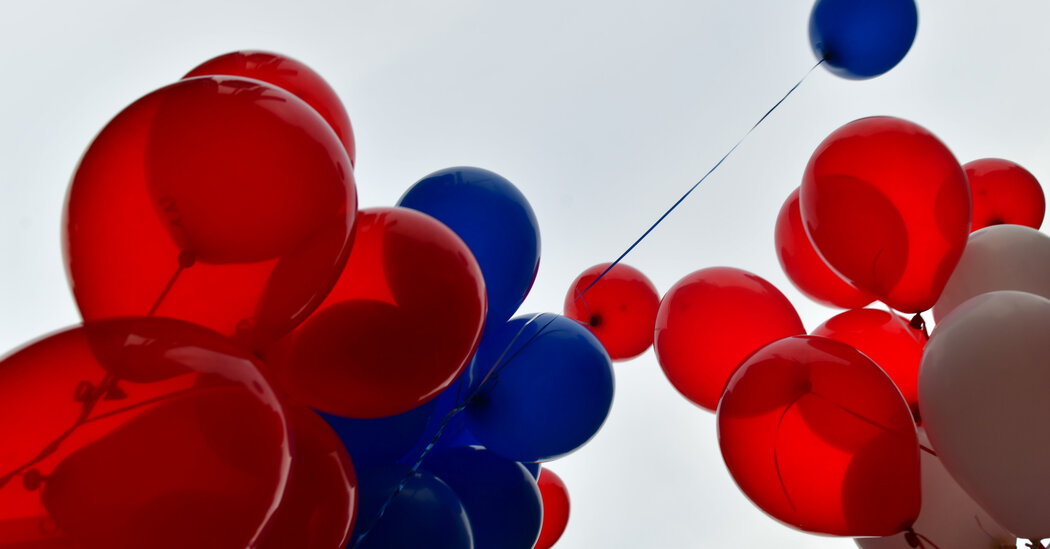 Local voting patterns in the presidential election showed a narrowing of several traditional divides. Preliminary vote totals indicate that the partisan gap of urban versus suburban places shrank, along with the traditional Democratic advantage in heavily Hispanic counties. Whites and nonwhites are now in somewhat greater alignment in how they vote.That makes the resilience of the economic divide all the more striking. In fact, the gap between red and blue counties in their education levels, household incomes and projected long-term job growth did not just persist; it widened.To see how these partisan divides changed, we need to look at the swings between 2016 and 2020.Based on counties with at least 98 percent of estimated votes reported, the correlation between a swing away from President Trump and the college-educated share in a county was 0.49. (A correlation of 1 represents a perfect relationship, and 0 represents no relationship.)More educated places, which leaned strongly blue to begin with, voted even more Democratic in 2020 than they did in 2016. Highly educated Republican-leaning counties, like Williamson County near Nashville and Forsyth County near Atlanta, have become rarer with each recent election.A more educated work force bodes well for future local economic success — and places with brighter prospects swung toward Joe Biden. Jobs requiring more education are projected to grow faster and be at less risk from automation. Counties where more jobs are “routine” (in the sense of being at greater risk from automation) voted strongly for Mr. Trump in 2016 and even more so in 2020, while counties with fewer such jobs swung toward Mr. Biden. Similarly, counties with a mix of occupations that are projected to grow faster voted even more strongly for Mr. Biden in 2020 than for Hillary Clinton in 2016.Not only did places with brighter economic prospects swing more toward Mr. Biden, but places with a stronger economy during the past four years did, too. Counties with faster job growth and lower unemployment before the pandemic swung more toward Mr. Biden than other counties. And counties with milder job losses and smaller jumps in unemployment during the pandemic also swung more toward Mr. Biden, even though Republican-leaning places suffered less in the pandemic than Democratic-leaning ones.Overall voting patterns tend to change very little from election to election. For all the drama and turbulence of this one, the correlation between counties’ vote margins for Mr. Trump in 2016 and 2020 was 0.99 — which is typical of recent successive elections with the same candidate on the ballot.Put another way, only 7 percent of counties (weighted by their vote) swung more than 10 points in either direction between 2016 and 2020.But in close races, even small swings determine who wins, and they reveal how politics are shifting.Updated Nov. 11, 2020, 7:48 p.m. ETMany more places swung toward Mr. Biden relative to 2016 than toward Mr. Trump, but the most significant local shifts were toward Mr. Trump. These included heavily Hispanic areas in Miami-Dade County and along the Texas border, and the more heavily Mormon counties of Utah and Idaho (though some of these counties are still below 98 percent reporting).Some of these local swings could be because of local organizing efforts or unusual local conditions. Still, clear patterns emerge.Both denser and more sprawling suburbs of large metros swung toward Mr. Biden by around five percentage points, while more traditionally Democratic urban counties didn’t shift much either way. Non-metropolitan, largely rural counties also shifted little.Despite some demographic realignments, the economies of red and blue places drifted further apart. And as these gaps widen, it gets ever more challenging for America to have a shared view of the state of the economy and of the policies most urgently needed.Based on election results as of Wednesday morning, Nov. 11, from The New York Times.Jed Kolko is the chief economist at Indeed.com. You can follow him on Twitter at @JedKolko.