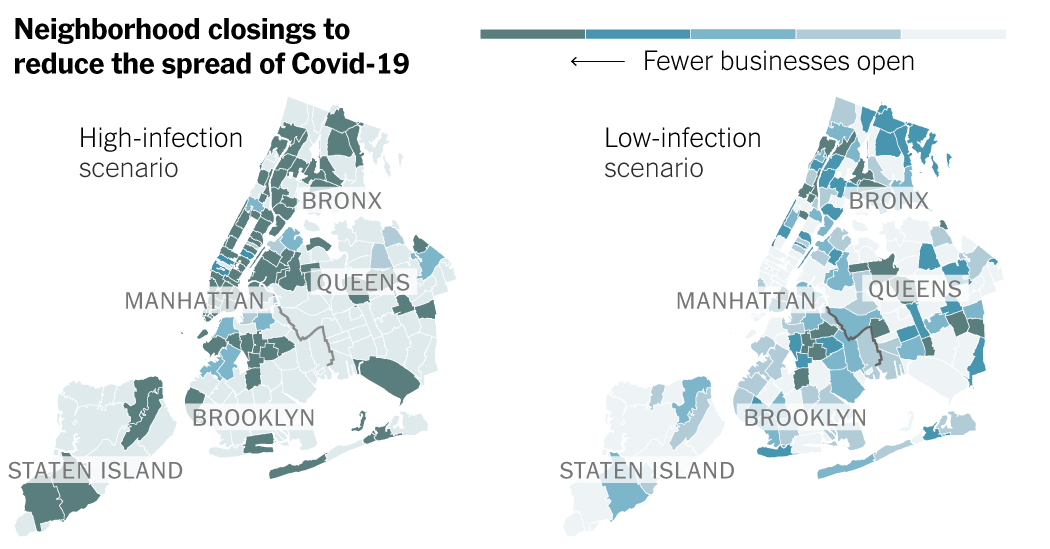 In Europe, France and Spain have adopted versions of a plan put forth by Bary S.R. Pradelski, an economist at Oxford University, and Miquel Oliu-Barton, a mathematician at the Université Paris-Dauphine, to divide countries into dangerous red and safer green zones, and allow travel within and between the green while strictly curtailing it in the red.The researchers are pushing for the European Union to reopen the tourism business that is so critical for southern European countries by allowing travel between green areas that have low infection rates, hospital capacity to spare, and effective testing and tracing systems. Governments could focus their resources on the red areas of most economic importance, increasing testing and adding hospital capacity to turn them green.“The impact of not having any tourism in the summer would bring Greece, Italy and Spain to an economic situation like they experienced in the Great Recession,” Mr. Pradelski said. Spain, for instance, has agreed to open the island of Majorca to tourists from some countries, including Germany and France, while keeping it closed to travel to and from the Spanish mainland.In the United States, a group of researchers including Ms. Baicker is following a different track: using cellphone data and surveys to identify which businesses are more crowded, as well as how much of their business is conducted indoors, and how much interaction it involves, either person to person or via touching shared surfaces.Customers tend to linger longer in a Chuck E. Cheese than in a Chick-fil-A, increasing their risk of contagion if somebody nearby is infected. Chick-fil-A, however, receives a lot more customers per square foot, bringing more people in contact with one another. Nail salons involve more personal interaction than lawn and garden stores. Some restaurants are packed at certain times, while others receive a steady trickle throughout the day.The researchers’ idea is that businesses could retrofit in ways suited to each — say, spacing out tables or limiting foot traffic — while safeguarding health. Moreover, with access to real-time information, consumers could avoid riskier businesses and shop when their preferred stores might be less crowded.The New York City study also relied on cellphone data. That research, by Mr. Birge and Ozan Candogan of the University of Chicago and Yiding Feng of Northwestern University, is based on the premise that residents of one neighborhood can become infected, or infect others, while at work in another — depending on how long they spend there and the infection rate in both. The risk of spreading the virus by opening a given neighborhood to business also rises with the size of its susceptible population.

A Striking Disconnect on the Virus: Economic Pain With Little Illness
The Travel Business is Picking Up for Summer
To Top
Top