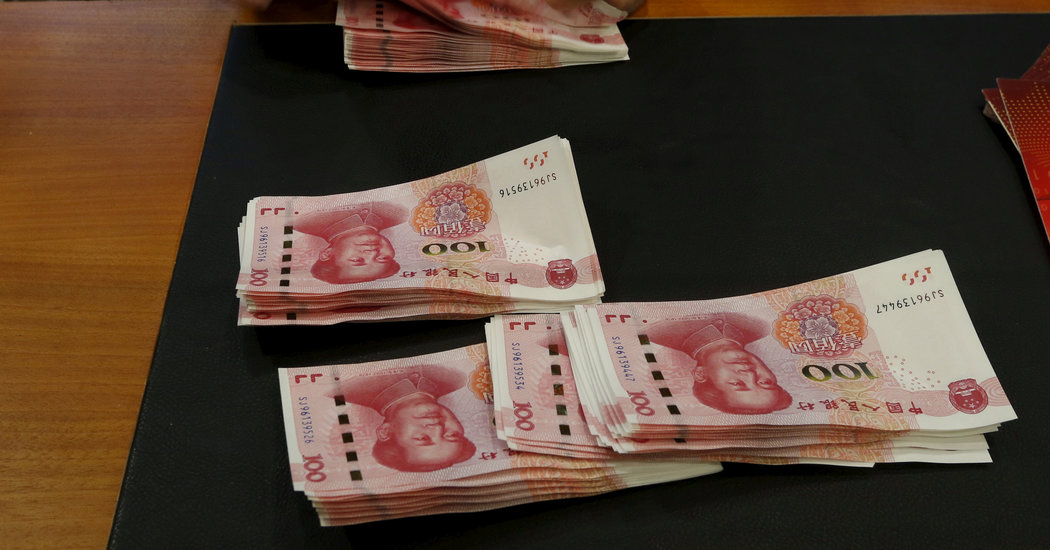 A currency war could intensify that damage.

Countries with weaker currencies can enjoy big advantages when selling their goods somewhere else. It can help them cut prices or be more competitive than rivals in countries with strong currencies. Mr. Trump and a number of American lawmakers have long criticized China for taking that tack with its currency, something Beijing has consistently denied.

If China devalues its currency even more, countries that compete in similar industries, like South Korea or the nations of Southeast Asia, could face pressure to devalue their own currencies. Such devaluation spirals can lead to higher inflation, pinched household spending and disruptive shifts of money across borders. They can also lead to more tariffs or other restrictive trade measures.

A significant devaluation could also hurt China itself. Many of its biggest and most indebted companies in sectors ranging from property to heavy industry have borrowed huge amounts oversees in American dollars. A weaker renminbi makes paying that debt back more expensive. It could also hurt companies that depend on commodities, such as oil, that are priced in dollars, and could spur wealthy Chinese to take their money out of the country.

For those reasons, devaluations make investors nervous. Four years ago, when China devalued its currency by a more drastic amount, a global market rout followed.

This time, the immediate threat is how Mr. Trump may respond.

A devaluation helps to blunt the cost of his tariffs. Mr. Trump’s latest threat of an additional 10 percent on $300 billion of Chinese imports a year would broadly have the same effect as a 1 to 1.5 percent appreciation of the renminbi against the dollar, estimated Professor Pettis of Peking University. To offset those tariffs, the professor added, China could allow its currency to depreciate by a similar level.

That might only lead to Mr. Trump putting more or higher tariffs on Chinese-made goods, which could prompt even more retaliation from Beijing, said Ned Rumpeltin, head of European currency strategy with TD Securities.

“I think that we are in a very much tit-for-tat situation,” he said.

Russians Pulling Out Credit Cards, and Consumer Debt Spirals
The U.S. Labeled China a Currency Manipulator. Here’s What It Means
To Top