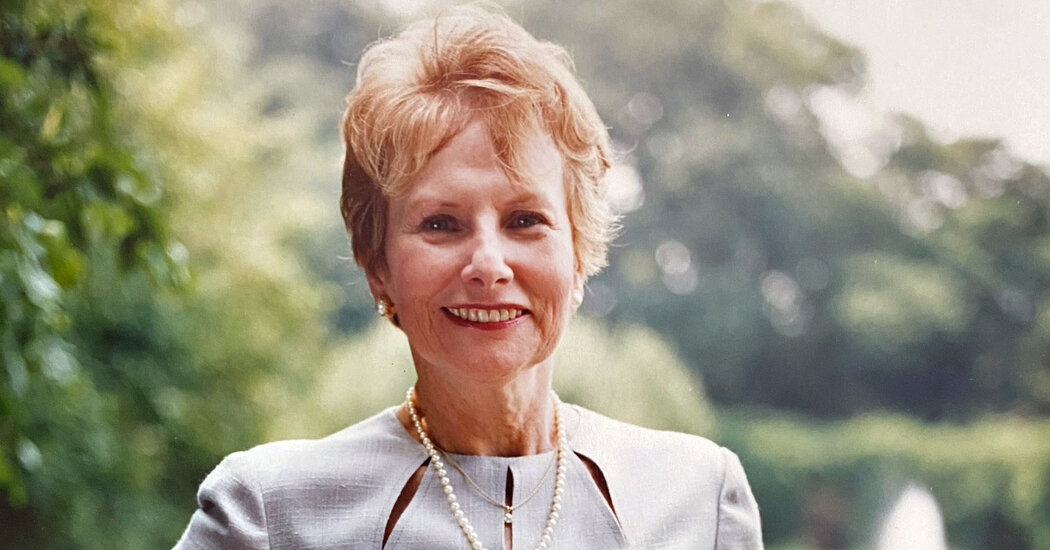 “My timing was right, my anticipation of what was going to happen to stocks was on the money, so I started getting phone calls from institutions and invitations to lunch,” Ms. Murphy said in the book. “And that’s how my business began to build.”Ms. Murphy, who encouraged women to pursue Wall Street careers, appeared on the cover of a business publication for women in 1994. Credit…via Murphy familyShe started appearing on “Wall Street Week,” which aired on Friday evenings, in 1979.Within the industry, Ms. Murphy was known for her contributions to trade groups and civic organizations. She was, at various times, the president of the Chartered Market Technicians Association, the New York Society of Security Analysts and the Financial Women’s Association. She was a founding member and governor of the Chartered Financial Analyst Institute, a trustee of Pace University and a board member of the American Lung Association of New York City.“Everyone who belonged to an organization always tried to get Bernadette to join, which she often did, being a social bee,” said Sheila Baird, a founding partner of the investment firm Kimelman & Baird, where Ms. Murphy worked as the chief market analyst for many years.Bernadette Bartels was born on April 9, 1934, on City Island in the Bronx to Joseph Francis Bartels, a stationary engineer (maintaining industrial machinery and systems), and Julia (Flynn) Bartels, a nurse. She was the youngest of four children. She is survived by her sister, Julia Campbell. She earned a bachelor’s degree in history from Our Lady of Good Counsel (now part of Pace University) in White Plains, N.Y. She credited her father with urging her to use her education to pursue a career.“I certainly knew that before I married I was going to accomplish something. That was my driving force,” she told Ms. Herera. “I wanted to be a fulfilled person, confident in myself.”

If the Economy Overheats, How Will We Know?
Fear of Inflation Finds a Foothold in the Bond Market
To Top
Top