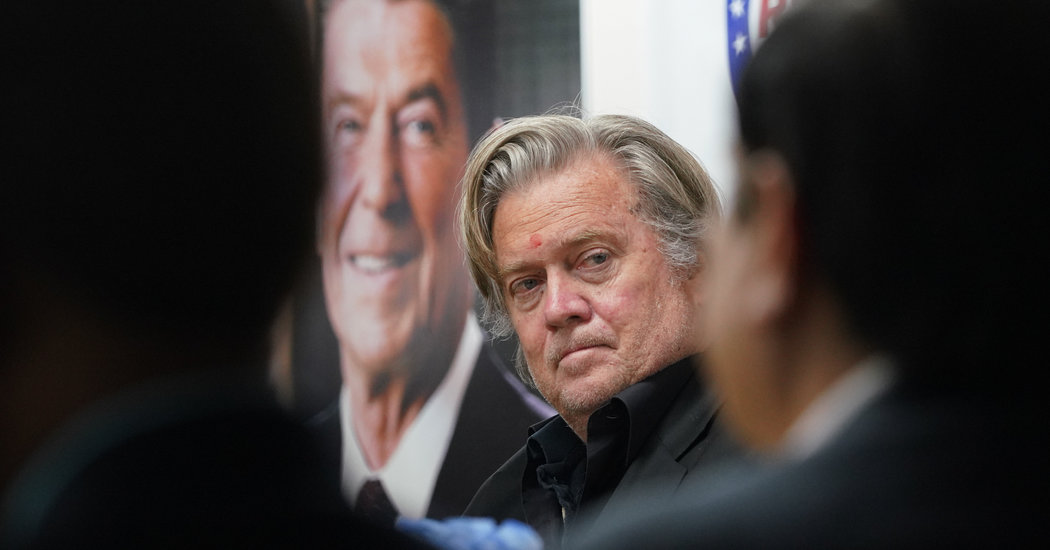 “This is the defining event of our time, and 100 years from now, this is what they’re going to remember us for,” he said.

The committee’s two earliest iterations, in the 1950s and again in the 1970s, called for an arms buildup to counter the Soviets. The second iteration, formed over a luncheon table at Washington’s Metropolitan Club in 1976, issued documents warning against Soviet expansionism, with titles like “Is America Becoming Number 2?”

The group reached the height of its influence during the Reagan administration, in which dozens of its members eventually held posts, including as the national security adviser and C.I.A. director. But as the Soviet threat faded, so did the committee.

The group was briefly active again starting in 2004, this time to warn against the threat of Islamic extremism. The committee’s vice chair, Frank Gaffney, is the founder of the Center for Security Policy, a think tank that argues that mosques and Muslims across America are engaged in a “stealth jihad” to “Islamize” the country by taking advantage of American pluralism and democracy.

The group’s activity largely died down until concern over China rekindled interest.

Today’s committee acknowledges that the threat from China is different from Soviet Russia because the American and Chinese economies are much more integrated. But Washington is increasingly reaching back into the Cold War toolbox to confront the threat.

The administration has placed Chinese tech companies on an “entity list,” essentially blacklisting them from doing business with American firms. In keeping with a law passed last year, the administration has increased its checks of Chinese investment, including of minority stakes in American companies. Last June, the administration began restricting visas for Chinese graduate students in sensitive research fields like robotics and aviation. And the United States has begun barring Chinese academics from the United States if they are suspected of having links to Chinese intelligence agencies.

“They’re not the Soviet Union. But this kind of government control, statism, never works for long,” Larry Kudlow, the White House chief economic adviser, said in a July 16 interview with Sinclair Broadcast Group. The possibility that China could collapse like the Soviet Union has “always been an undercurrent” in the trade war, he said.